Macquarie Grammar School China Tour After months of preparation and anticipation, the China Cultural Tour students and staff have gone and returned from their tour to our sister school in China and joined with nineteen (19) other countries for the Hengshui High School Hebei Fourth Arts Festival of International Culture and Education. 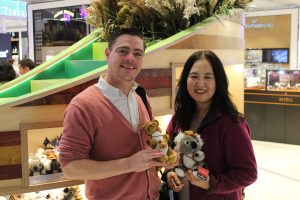 All the countries’ delegates enjoyed VIP treatment, with huge banquets offered with every meal, traffic being re-directed and members of the Hebei government and volunteers escorting the groups to all the events and offering support and good company. All this was on a very large scale and impressively organised. 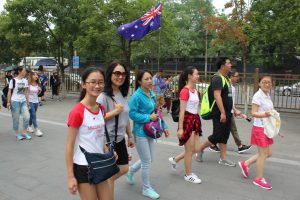 The tour was a huge success with many highlights that no doubt tour members will remember forever. The highlights came in many forms, but one of the most meaningful had to be the relationships the students created. They quickly related with the students of China and other countries. 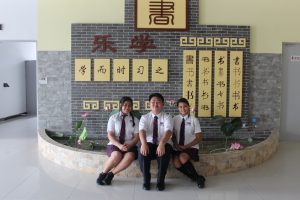 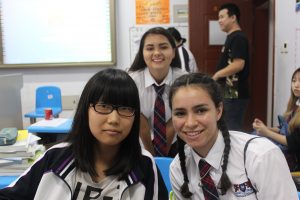 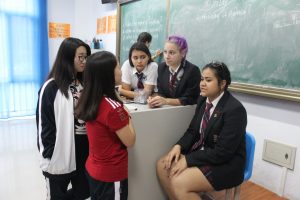 Australians often enjoy popularity overseas and on this occasion it was no exception. At the Art Festival and the two high school visits our students were not only forming friendships but constantly being swamped for autographs, photos, video and interviews, as well as being showered with gifts.

Before too long the students had everyone waving their country’s flag, singing and clapping along to “I am Australian” and even learning how to do the movements. One of the girls from the United Kingdom was heard to say after one of our informal sing-alongs to “I am Australian” that she even felt like she was becoming Australian! 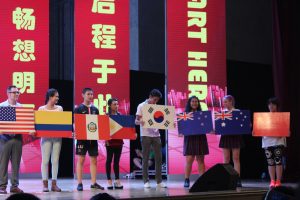 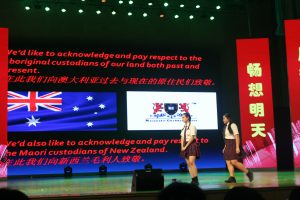 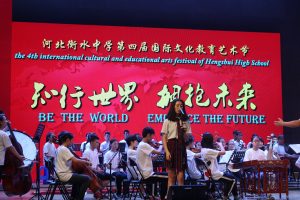 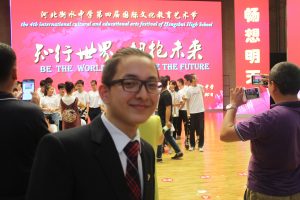 The sister school visit was a very successful and interesting visit. As well as attending the ceremony for the establishment of the sister school relationship and forming new friendships, students were kept busy learning some Mandarin and engaging in listening activities, as well as sampling some traditional Chinese musical instruments. The visit indicated how much each school can learn from each other and from the prospect of developing an on-going strong partnership. 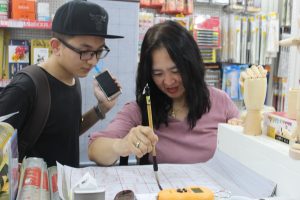 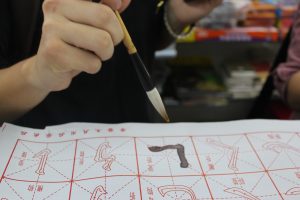 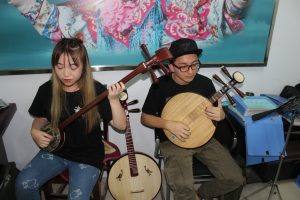 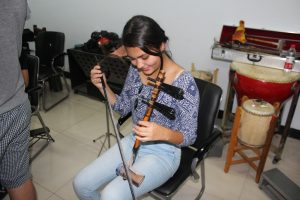 A sad farewell was said to the people of Hebei, along with some other delegations and we made the four hour drive to Beijing in preparation for our return flight. Beijing offered many new adventures to all of us. It probably depends a lot on who you speak to as to what the highlights were. Some would say it was ‘The Great Wall of China’, considered the ‘Seventh Wonder of the World’, others would say it was the shopping and finally getting the opportunity to buy McDonalds. 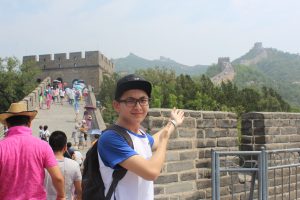 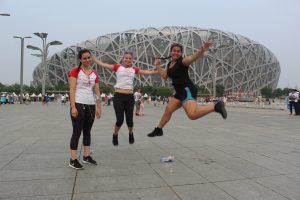 The Wall was one tour in Beijing and what a spectacular experience it was!Most students took the easy route up on a chair lift and then walked along the wall. Some of the more ‘adventurous’ trekked all the way up to the wall, around it for a while and then down. Lots of photos were taken to help share the experience with people at home.

As for the shopping, students became excellent hagglers, haggling their way to unbelievable deals on all sorts of electronic, souvenir, clothing and accessory items.

After 17 days on tour in China we returned home. I have no doubt the students have spent the last week of the holidays bleary eyed. but full of stories and with plenty of memories, photos and gifts to show from their time away. The delegates will soon be involved in sharing their experiences with the school community.

Mrs Sun-Director of Welfare and Operations